The first Champaign STAR Longest Table event was held on Monday, August 12, at the City View Banquet & Meeting Center in the Illinois Terminal building.  Although the event was previously scheduled as an outdoor event, it was moved inside due to inclement weather. 235 people pre-registered online, and even the threat of thunderstorms could not dampen the enthusiasm of the participants in the STAR Longest Table conversation and dinner.

The discussions at each table were guided by volunteer conversation facilitators who utilized a list of seven general questions to frame an open dialogue about our community. Participants were treated to dinner provided by Dish Passionate Cuisine. The STAR Longest Table event was held with the support of more than 60 community volunteers and contributions from all City Departments.  Community stakeholders who participated in the event were very encouraging of continued dialogue, and the possibility to host additional long table discussions throughout the community. 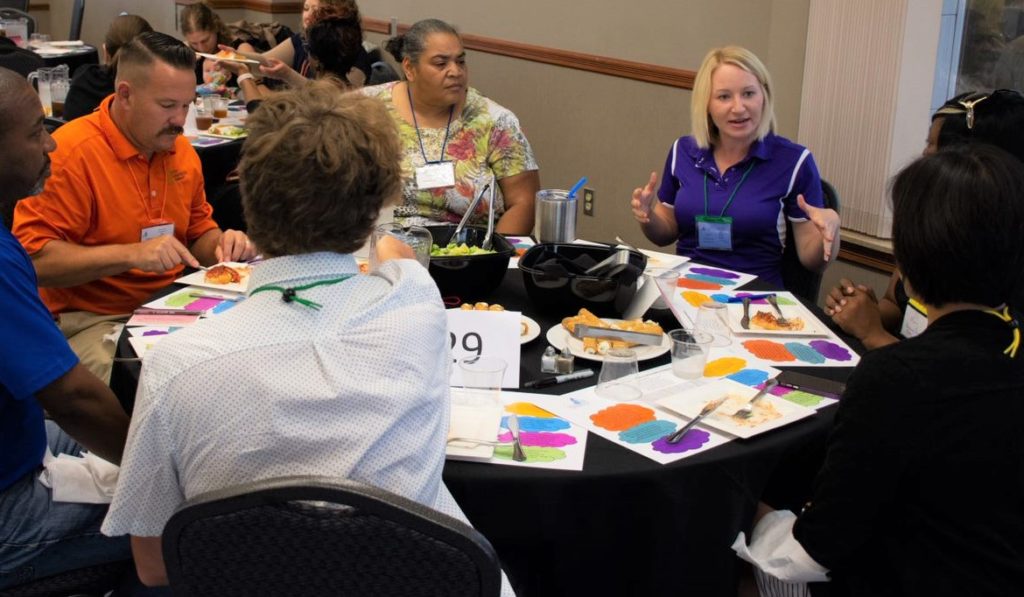