City of Champaign Employees Give Back to their Community

Approximately 40 City of Champaign employees and their families participated in a Day of Service on May 7, 2016. They volunteered their time to clean up Mable Thomas Park in northern Champaign. The event was organized by the City’s Neighborhood Services Department as a way for City staff to “give back” and to celebrate the conclusion of National Public Service Recognition Week. The park is named after the late Mable Thomas, the City of Champaign’s longtime Neighborhood Coordinator.

“The park was in a deteriorated condition and needed to be spruced up,” reports current Neighborhood Coordinator John Ruffin. “Because the park is named in honor of a former employee, City staff really rallied behind the idea of volunteering their time to clean it up.”

“Mable Thomas was a very special lady, and many of the employees out volunteering today worked with and miss her,” said Neighborhood Services Director Kevin Jackson. “I think Mable would have been proud of the work done to honor her and our community.” 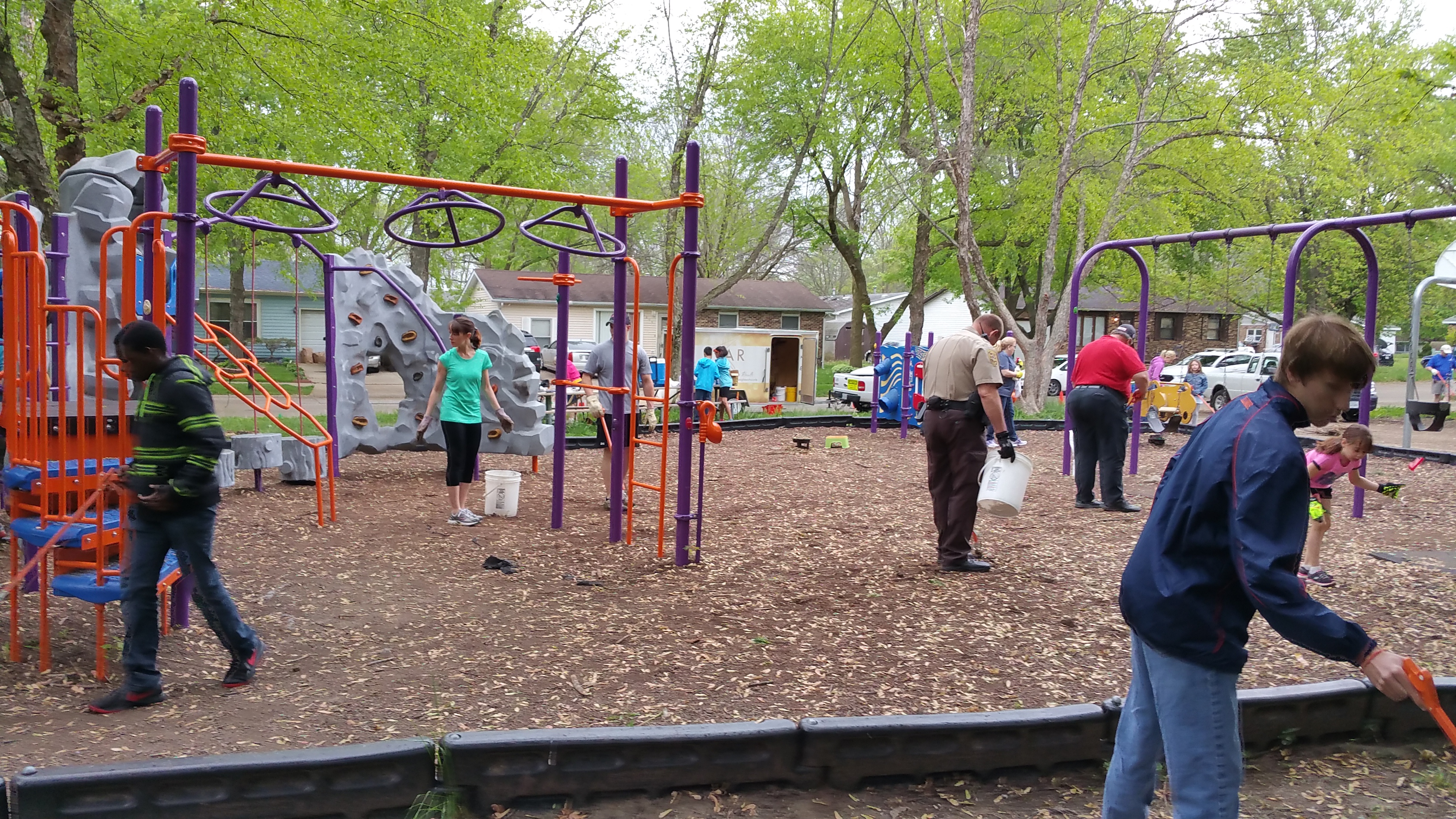